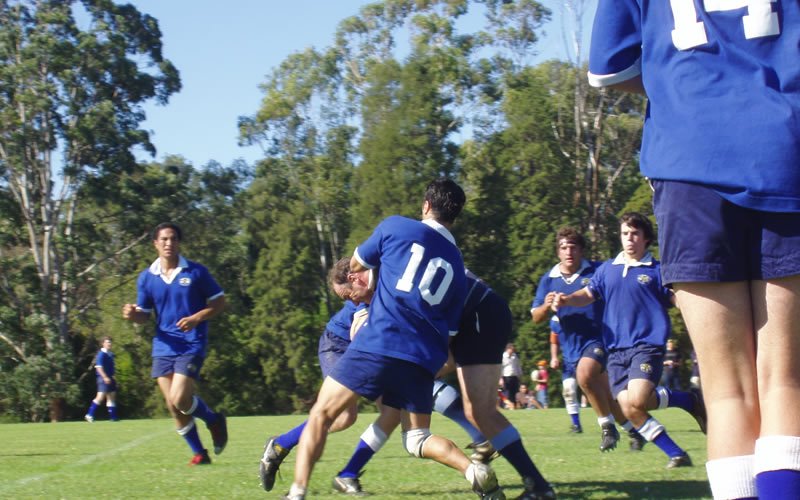 So I used to do these a few years ago, and I figure I may as well get back into them. Basically I write up what happened on Saturday, trying to get a picture of what took place on and off the field. Normally these reports will be poorly written, stream-of-consciousness diatribes, veering off wildly at any given point. This one will be no exception- I’d stop here if I were you.

I can’t guarantee they will be regular, but I’ll do my best. I’ll certainly try harder than Lagudi, lazily plugging ‘shithouse jokes’ into Google every Thursday, copying the first thing that appears and subbing in Drew’s name to make it look like he has given it anything more than a cursory glance.

So let’s get to Saturday, playing Hawkesbury Valley, where we were greeted by the ultimate insult- after the seven hour drive to Scheyville, or whatever the town was called, I had to drive past a pristine white picked fenced oval, round the back and out of town to some glorified potato patch down by the river. They showed me the fine things I could have had… then snatched them away. It turned out to be one of the themes of the day (see what I did there??? That’s some high quality writing right there. Metaphor, foreshadowing, commas, appropriate use of the space bar. I should be charging you for this shit.)

Once adjusted to the time difference and faint sounds of banjo music, we were ready to play, and 4th grade kicks us off. For those unfamiliar, 4th grade is the grade where boys become men, and men ascend to the heavens to sit at the right hand of the lord of the rugby universe – Steve Glossop, who is also the patron saint of the triple cutout. 4th grade is the pinnacle of the rugby world, and the reason the game is played first. 4th grade is actually the subject of the 1991 Tina Turner hit ‘Simply the Best’ and the 2002 R.Kelly hit ‘the World’s Greatest’. Also, the 1997 Savage Garden hit ‘I Want You’ was actually written about the Nicholson Cup, when Darren Hayes and Daniel Jones spent their spare time as a potent 9-10 combination for the KOBs 4th grade side throughout the late 90s.

Not that many of you would know, but our 4s are currently undefeated, and the streak continued last Saturday. We got off to a flyer, thanks to an early penalty goal from superboot Alex Deane, and a try to Henry Collins from a superbly constructed rolling maul. Our forwards were making good progress and the backs finding space, but that dominance soon ended with Valley scoring a breakout try. We kicked ahead thanks to another Deane penalty, but with Valley scoring again we entered the final minutes just one point ahead. As the game wound down, Valley pressed, securing a penalty right in front of the sticks as time expired.

Luckily for us the job of kicking the winning goal fell to the Hawkesbury number 8, who in the entire kicking process showed no evidence that he had ever kicked a ball in his life. He placed the ball on the tee the entirely wrong way, and it just got worse from there. It was a miracle he got the thing off the ground. Either way he missed, and we won, but were lucky to get away with it. The mood among the 12,000 strong crowd was upbeat, but strangely subdued, as they all got in their cars and drove back home. 14-13 Kings, but with plenty of work to do before the top of the table clash with UWSH.

Once the crowd dispersed, it was time to kick off 3rd grade. Now I need to preface some of these reports with the fact that I don’t know many names at the club, since I’ve been gone for a little while, so please forgive me if I get yours wrong, or leave you out completely. My only advice would just be to play better, and I will learn your name.

Now I was playing my second game of the day for 3rds (I know, I am a true hero), so spent most of this game standing on the wing desperately trying to suck in every ounce of that pesticide-laced country air. So I may not have quite picked up what was going on. Either way our blokes put in a great effort despite playing the game with only 14 men. The backline was humming- Matt Maddrell and Alec Baggaley leading the charge, and some new outside centre bloke carving up out wide. I really need to learn that guy’s name, he was great.

At halftime the score was 0-0 and we were unlucky not to be in front. But as the game wore on the Hawkesbury blokes finished just that little bit better, and managed to grab a couple of late breakout tries to put us away and win 13-0. Plenty of worthy performances, including Adam Baker and the blokes in 4s who stuck around to help out.

2nds was the triumph of the day, mainly led by Dave Smith. Let’s pause to talk about big Dave for a second. When the club was formed back in 1967, Dave was just a spritely young 28 year old, and his passion for KOBs has only intensified since that time. In that time he has had children of his own (who are now nearing retirement), and managed to catch every single kick-off the club has received in its 48 short years.

The victorious 1971 Judd Cup side. That’s Dave, front row 3rd from the left. OC is on the far right at the back, he was injured that year but stayed around to help coach.

And so it was again on Saturday, as old man Smith greased up his artificial knees for another run around, this time for both 4ths and 2nds. After an uncharacteristically quiet game in 4ths, he exploded in 2nd grade, scoring 2 tries, making 5 pilfers, taking 3 lineouts, making 18 tackles, 10 tackle busts, 16 handballs, 3 forehand winners and capping it all off with an exquisite triple somersault with pike into the nearby river. In short, he had a belter.

But he certainly wasn’t alone. Plenty of blokes had ripper games, and I wish I knew more of your names. Jordan Harrison is one I know, and he had a few great runs. Christian Anstey was another standout, as was big Trent, whose surname escapes me but as he resembles a rugby league prop in the late 90s I’m going to assume it’s ‘Lazarus’ or ‘Webcke’ or ‘Gillmeister’ or ‘Harragon’.

Either way it was a great effort, and a big congratulations to all who played. We started well, before Valley pegged us back, only for us to accelerate in the final 10 minutes, like John Dale accelerates onto an ill-thought opposition cutout pass. We won 24-14 from memory, and hopefully it’s the first of many wins this season.

The day was finished off by 1st grade, and while most of the remaining spectators were still talking about 4ths, they were nice enough to hang around to see what these plucky youngsters had to offer.

It was a real scrap of a game, with Kings registering an early try through Kiel Mannix, before hanging on for dear life for the remainder of the match as Hawkesbury Valley sent wave after wave of attackers at our defensive line. To our credit we held firm for the bulk of the game, and probably should have scored a couple more times. Just when Hawkesbury looked like getting away, we pegged them back, and vice-versa.

Our lineout was impressive, led by President Brendan Davis (he has insisted I refer to him in these articles as either ‘President Brendan Davis’, ‘President Davis’, ‘Mr President’. I can use ‘El Presidente’, but only if I’m writing to Sergio or Jose, our new 2nd grade recruits) Anyway, President Davis had a great game, backed up by Scott Templeman, Sam Shumack and Lachie GB. It’s also worth mentioning Braden Hall, yet another new recruit who made his debut in 1st grade and played a cracker. In the backs I loved the work of Rat Lucas and another new recruit, Sanele. It was a great team effort, though, and unfair to really single anyone out, although my water-running was worthy of particular note- quick off the mark, stable, sensational delivery of bland, meaningless platitudes like ‘keep it up boys’, ‘not long to go now’, ‘big effort here lads’, ‘here is your fresh Perrier water, President Davis’.

In the end though it wasn’t to be, with Hawkesbury breaking through late to score the clincher, winning 7-5 and putting a dampener on a great day of KOBs rugby. Well played to everyone, and get down to training to prepare for yet another big week, against UWSH in Hawkesbury.

Jeez that was a bit long, wasn’t it?? And I did warn you about the quality, frankly I’m impressed you’ve made it this far, I gave up six paragraphs ago. Anyway, til next time…